JSC Routine 2013 www.dhakaeducationboard.gov.bd. JSC or Junior School certificate exam routine has been published by Dhaka Education Board. JSC exam 2013 will start at a time all over Bangladesh on November 4, 2013 with Bangla 1st paper. The examination will end on November 20, 2013. Junior School Certificate/JSC examination will be held under eight education boards- Dhaka, Rajshahi, Chittagong, Jessore, Comilla, Barishal, Sylhet and Dinajpur Education Board. Like SCC and HSC JSC is a public Examination organized by the education boards of Bangladesh. JSC Result 2013 will be published soon after completing the exam

Dhaka Education Board has published JSC routine on August 4, 2013. Here I’ve tried to publish the routine in PDF as well as image version. 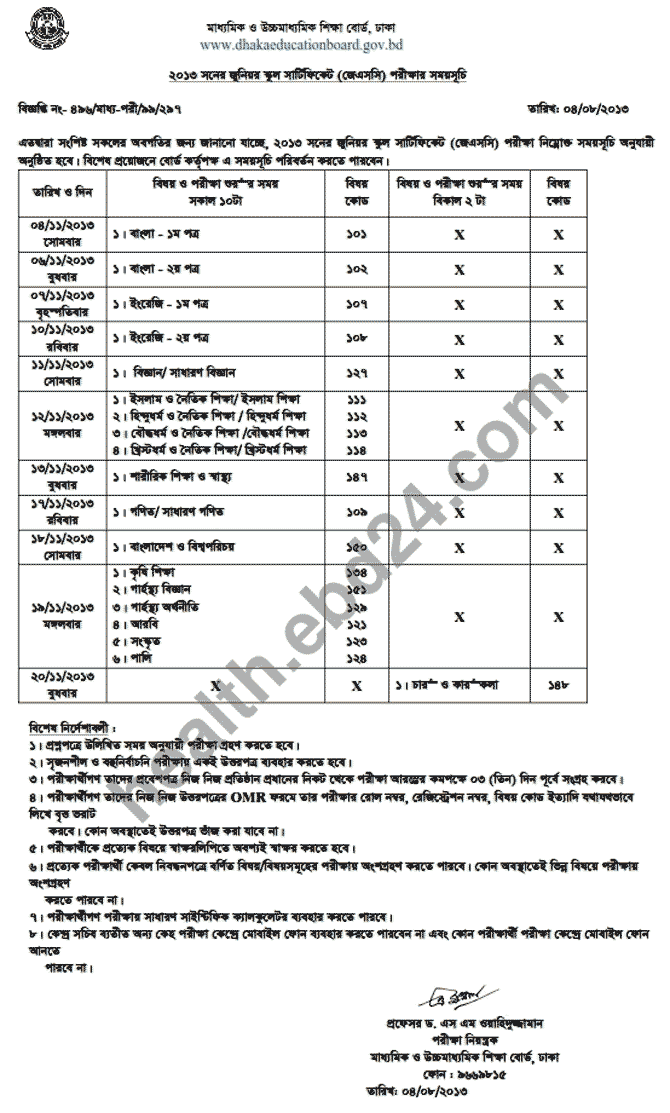 In madrasah education board JSC is termed as JDC/ Junior Dakhil Certificate examination. Bangladesh Madrasah Education Board has published the routine for JDC exam 2013. 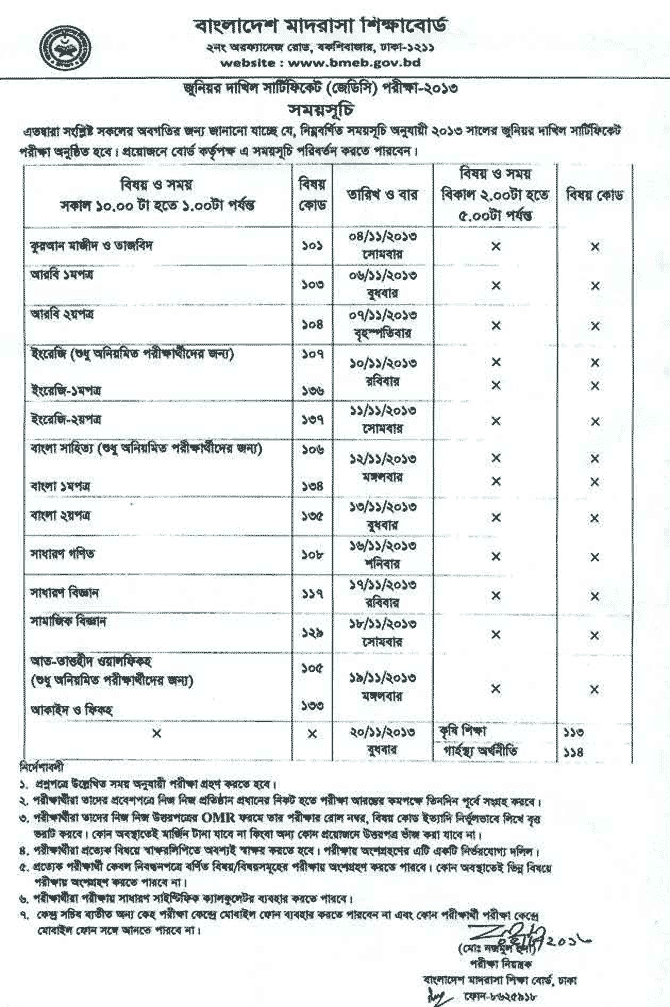 It will take about a month for all the education boards to publish JSC Result. JSC Result 2013 will be published on last week of December 2013. The result will be updated here as soon as possible. Stay with http://health.ebd24.com to get the result quickly.