Lymphoma Maybe defined as the neoplastic proliferation of cells native to the lymph  nodes. Hodgkin’s And Non-Hodgkin’s Lymphoma both two are the primary malignant tumors of lymph nodes. They are called lymphomas because they originate in white blood cells called lymphocytes and its precursors and histiocytes.

Hodgkin’s lymphoma formerly known as Hodgkin’s disease is a cancer of the lymphatic system  originating from white blood cells called lymphocytes.  It was named after Thomas Hodgkin, who first described abnormalities in the lymph system in 1832. Hodgkin’s lymphoma is most often diagnosed in people between the ages of 15 to 35. It is also seen to occur in peopleover55 years old. Males are more likely to develop Hodgkin’s lymphoma than female. Patients with a history of infectious mononucleosis because of Epstein–Barr virus (EBV) may have an increased risk of Hodgkin’s  Lymphoma. 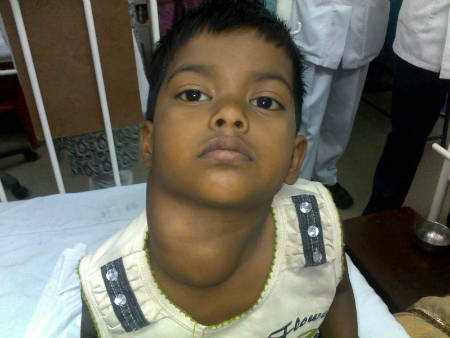 Patients with Hodgkin’s disease most commonly present with painless lymphadenopathy (cervical and supraclavicular). There may be history of Fever and chills, Night sweats, Itchy skin, Unexplained weight loss- as much as 10% of the patient’s total body mass in six months or less, Splenomegaly, Hepatomegaly or Hepatosplenomegaly.

In histopathological examination multinucleated Reed–Sternberg giant cells (RS cells) are found which is the hallmark of Hodgkin’s  Lymphoma.